As I mentioned here a couple of weeks ago, I made a few first beginnings of the edit/sequence of my current project. Then I put that on hold and painted my kitchen floor. Unlike editing and sequencing photos, when you paint a floor you know when its done. Satisfying in a nice, simple way. 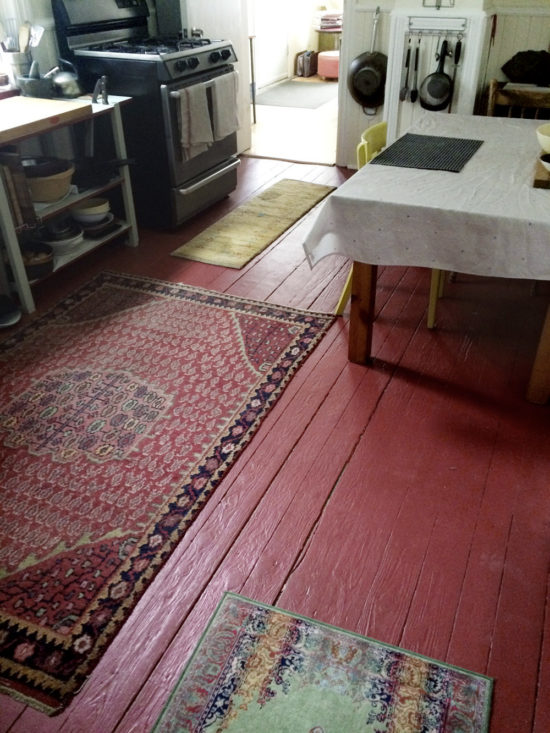 I’ve known for a while that relaxing into an edit, allowing down time for the back of your brain to process, is important. After all, that’s how I approach shooting my projects: slow photography. Let the thing you are studying seep into you. Think just enough, but not too much. The time I spent painting the floor was most beneficial. Not only did I get a swell floor, it also gave me time to rethink my approach to the edit/sequence, and to wonder a bit more about what this project might actually be about.

After the floor was finished I spent about 5 days, on and off, really moving images around. Did at least 20 iterations that were between 15 and 25 images long. Just to explore possibilities. I worked on possible pagination,  flow of content and feeling, figured out possible ways of ordering the whole thing.

Then I walked away from it again, realizing that it just kept changing, that my perspective was, for now, shot.

But I learned a lot, saw possibilities I didn’t know existed (except in my dreams). It’s still pretty clunky and very unresolved. There are obvious flaws in how the flow of images might be read, bad page turns and all the other stuff that happens when you’re trying to figure out a solution to a puzzle with a lot of moving parts, a puzzle that has no one correct solution. But some solutions are more correct that others, right? 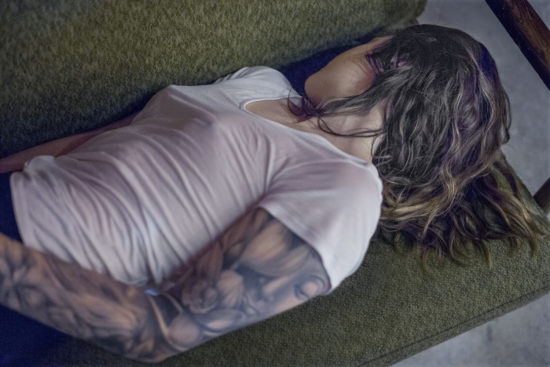 Then what I did was, I showed a PDF of this, the end of the first beginning,  to a few random, non-photography people who just happened to be visiting (like my niece, and a couple of droppers-by). Listened to what they had to say.

And I sent it off to Colin Pantall and Timothy Archibald, two photographers who, in the past, have provided me with shrewd insight into what I’m doing. Their comments and perspective on some of my previous work changed how that work was presented.

Their initial comments really got my brain going. They agreed on certain directions and images but had opposite opinions on others. (One referenced Robert Frank, the other David Cronenberg!! If this project could even approach a marriage between those two sensibilities I’ll be a very happy camper.)

I’m fine with, and expect, varying opinions. One of the aims of this project is to create a book where the actual subject isn’t too nailed-down. On the other hand, varying opinions from trusted sources add to my confusion. But I wouldn’t have it any other way. I’m prepared to be (and to remain) confused. And I will continue to embrace contradiction.

So for now I’m just going to chill, do some thinking on my own and then get back to it again. And that will be the beginning of the second beginning.