Finally back to the edit/sequence of my project. There was some delay because my printer broke. Had to drag my sorry ass down to the store to get a new one. (P800, in case you’re interested.)

But enough about that . . . what about the edit?

I spent the last year and a half shooting this project. It began with a broad conception and I photographed all sorts of things that felt like they might work, fit. Now, seven weeks into the edit/sequence, I’m beginning to hone it, to zero in. And, as I thought, as I wanted, it seems to be about (for lack of a better word) some dark shit: the potential (maybe even the propensity) of homo sapiens to fuck things up. (Or something like that. I don’t know. In the end it’ll be up to you to decide, if you see it.) 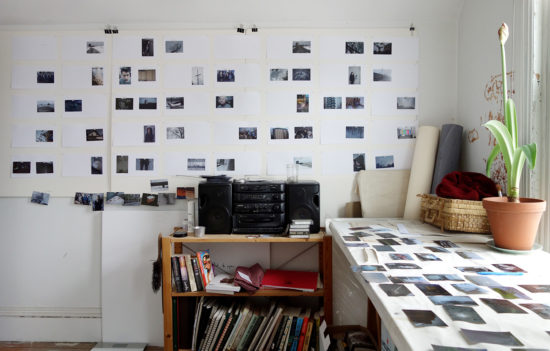 One of the things I’ve been thinking about, as I look at what I’ve done, study these photos and try to shape them, is, what if things get better? What if the First World isn’t as broken as it seems, what if the premise of this project is wrong?

But if you look at, study, history, if you consider the long view, it’s kind of obvious that the “prosperity” and “progress” of the last half of the 2oth Century (the era we’re familiar with and, so, think of as normal) was an aberration. Planet Earth has always been a tough place. Yes, homo sapiens have mostly progressed, but that progression always comes with, is situated within, a background of violence and repression. And often that background becomes foreground.

I mean, of course I hope things get better. But, to quote Robert Frank: “Look out for hope”. The beauty of that sentence being that it cuts both ways.

And, anyway, hoping ain’t worth shit. Kinda like thoughts and prayers.

So here I am, in the dark place this work is taking me. Not that I don’t find joy in the small things: walking the dog, cooking dinner, working and learning, trying. But I’ll leave changing the world, and hoping, to someone else.

Finally, here are some words I found when I was well into the shooting for this project. They seem to sum up what I’m working towards . . .