The first trailer for my latest project, in which its title is finally revealed. Sound on, please.

I’m also launching a Kickstarter campaign today to raise funds to publish it. I hope you will show your support for the project, and for drool., by bopping over to the Kickstarter and chipping in.

I’m conducting a couple of Master Classes this summer. Check them out if you think (or kind of feel) that the approach I practice, and write about here, is one you’d like to learn more about. These classes will be hand’s on and participants will get lots of personal attention. Follow the links for more detail and dates . . .

Portraiture as Experience will teach you an approach to portraiture that will transform your experience for both the photographer (you) and the (your) subject.

But wait! There’s more! We will also discuss how you can work towards creating a complete portrait project that suits your aims and ambitions.

This class will change how you create portraits.

The other class is called Deeper. It will introduce you to a philosophy, strategies and approaches to photography that will add nuance, depth and complexity to your work. You’ll learn how to use your camera, and the edit/sequence process, in ways that will transform your photo practice.

There’s this thing called the Karsh Award for Photography. It’s given out every 2 years. This is an off-year. But to celebrate Canada’s 150th anniversary the powers-that-be decided to ask the previous Karsh Award laureates (of which I am one) to nominate emerging Ottawa-based photographers for a group show.

The seven nominees are: Joi T. Arcand, AM Dumouchel, Leslie Hossack, Olivia Johnston, Julia Martin, Meryl McMaster and Ruth Steinberg. They will be opening Continuum, a show of their work, September 14th at the Karsh-Masson Gallery in Ottawa, curated by Melissa Rombout.

Interesting that all are women, and also notable is the range in age. The idea that one must be young to be emerging is, if you ask me, well beyond its due date.

I nominated Leslie Hossack for the Continuum show. Here’s how she came to photography:

After retiring from my first career I bought a camera and set out to learn as much as I could; I was enthralled with the whole process. Photography is definitely my medium. It’s well suited to dealing with complex issues, and that’s what interests me. My work is research-based and continues to be driven by my fascination with the monumental events of the mid 20th century.

And here’s the thing I wrote about her work:

LESLIE HOSSACK – The Past and The Future

Some artists’ work tends to defy easy classification. Take Leslie Hossack’s photographs . . . looked at one way (on the surface) you might think, “Yes, architecture”, or, “Oh, landscape”. But upon reflection you will see that her subject matter is much more complex and encompassing than any one word (architecture, landscape) implies. If her images were to be represented as a Venn diagram, the circles might contain, amongst others, the words history, document, research, art, politics, and the thrust of her point of view lies in the area where these circles intersect.

The things she photographs, great (and minor) public buildings, monuments and views situated at the crossroads of history and public discourse, are interesting in and of themselves, but they are also stand-ins for a larger, more encompassing critique of certain aspects of 20th century history. Her photographs show us the residue of the ethos of power and, often, infamy. Her stringency (“Just the facts, ma’am”) coupled with her choice of subject, of scene and detail, elevates the work, adds implication and stance, asks us to remember and consider.

Leslie researches and tracks down her subject matter and then renders it in a plain and simple way . . . she shows us the thing in front of her camera. It is, in a way, reminiscent of the work of Bernd and Hilla Becher, but with the politics more overt and the formalities of typology downplayed. Chosen and photographed in an icy, removed way, Leslie’s photographs of the past look as though they were shot in the future, after some kind of global cataclysm. They are a record of aspects of an epoch that, like the monument to Ozymandias, will surely recede, fade and crumble.
________

Okay, enough of that. Here are some of Leslie’s pictures . . . 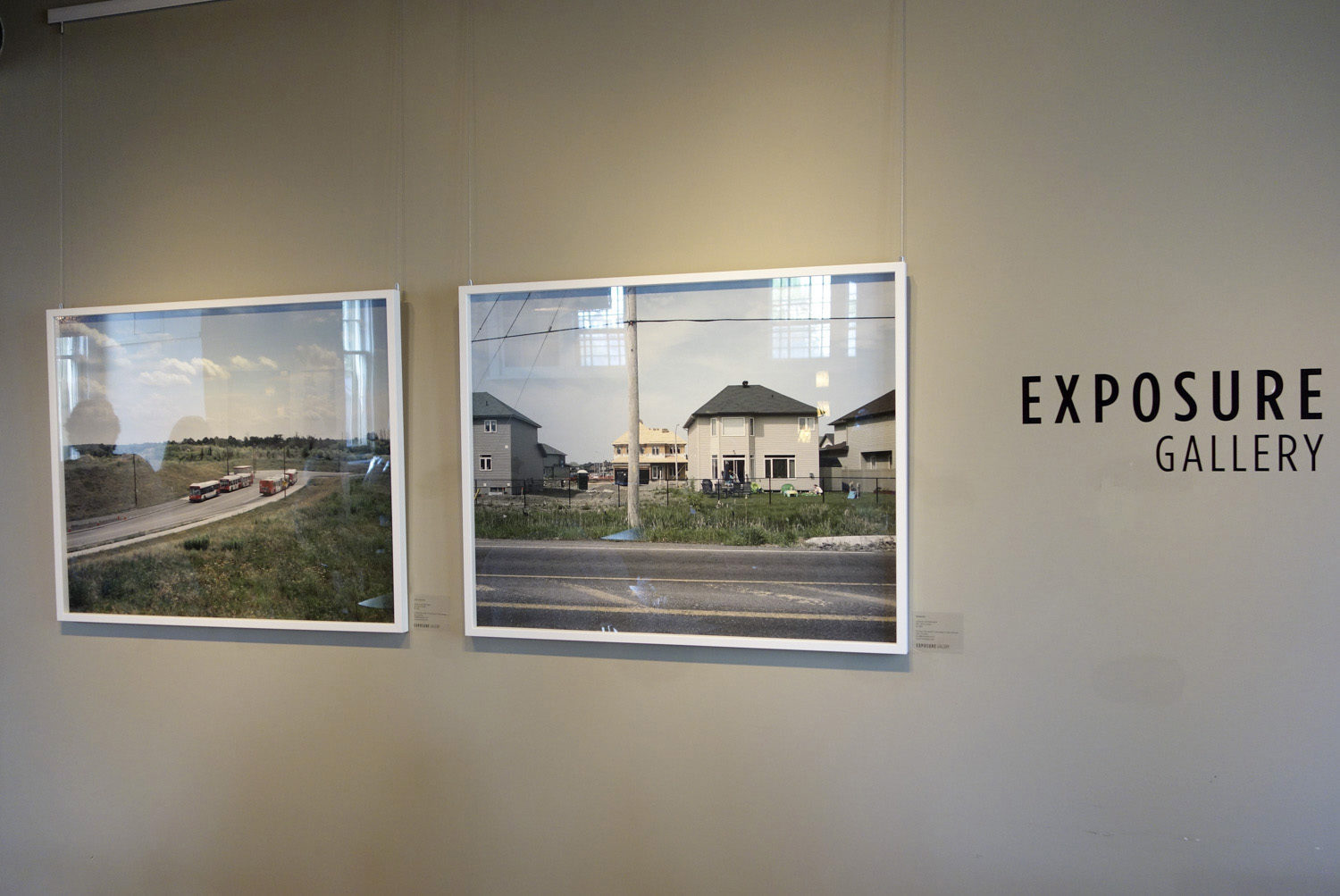 Went on the CBC radio the day of my opening. Did this interview.