Reprinted (and slightly modified) from the original Medium article.

I’m a young 21 years old, a high school dropout from Ottawa, in the thrall of photography and of Robert Frank. I somehow scrape together the money to go to London, England. I’m going to commit, to shoot my first real project.

There’s a sinister, broke, feel to the city. The IRA is in the middle of a bombing campaign, everywhere scrawled on walls of the city are the words: THE IRA RULE LONDON OKAY. I’m lonesome and lost, standing on the outside, trying to be there. I don’t know what I’m doing.

Three months of this and I was ready to throw in the towel. Enough’s enough, I thought, I can’t stand this any more. It felt like defeat because I had been thinking, when I left Ottawa for London, that I might live there. But I was too young and naïve, too unformed, really, to work it out.

I arrived back in Ottawa, Christmas-time 1975. Got a job, got some money together. Took the London work through, did an edit, made prints, felt a dissatisfaction. My next projects became more process-driven, more about the shape of light and the passage of time. Important things to discover if you want to be a photographer.

I made sketch books.

Then I saw a girl on the street, thought to myself, must have. I set about to get to know her, and I did. We became friends. Cindy. 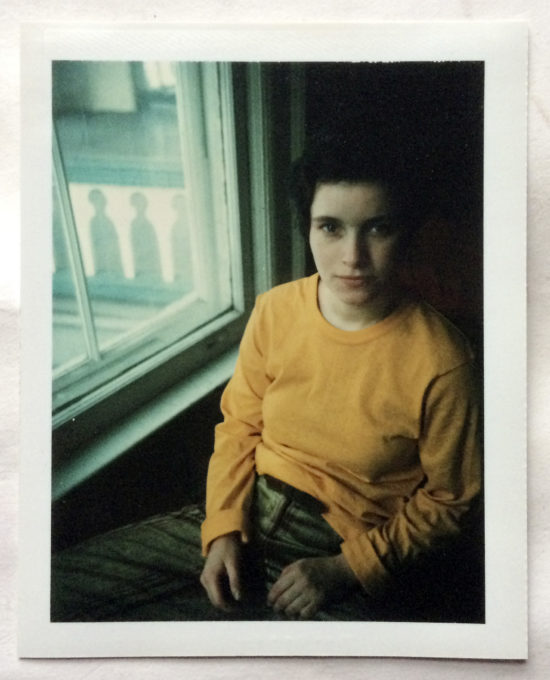 1977, September, she moved to Toronto to go to art school. We wrote letters to each other, I’d go visit. We got to know each other better. Things happened.

End of summer, 1978 I moved there, in with her. A couple. This is the photo I gave my mother just before I left. It’s called, Me, almost disappearing.

So I’m shacked up in Toronto. No diploma or certificate to my name, bit of jail time behind me, still unformed. What can a poor boy do?

I got a job working for Gendron Industries, on an assembly line in a Quonset hut in an industrial part of town. Some days I made baby carriages, other days ping pong tables. There, there’s food on the table and a roof over my head.

And then there was the home life. 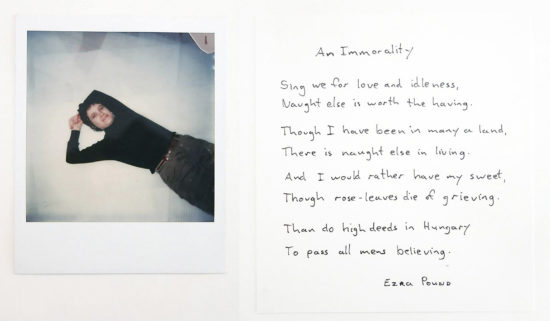 I learned so much from her. I don’t think she actually set about to teach or change me, but her way of living and her frames of reference were exactly what I needed. Over time, past the ups and the downs, I morphed and grew. Never in a straight line, sometimes forward, other times backward and, I’m sure, lot’s of sideways. 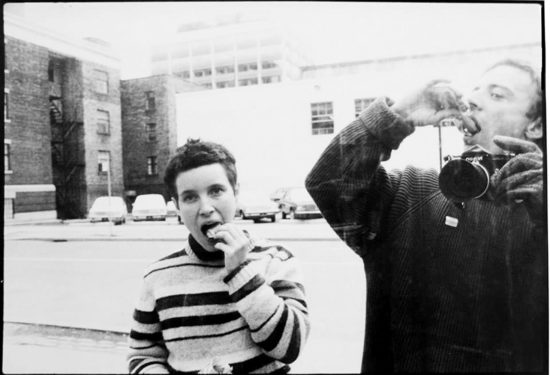 Thought I might settle down some, so I turned into a formalist. I began shooting large-format, dead landscapes at the end of the subway lines. Removing life from the equation, except as a remnant. Withdrawing in a way. It seemed somehow fitting. Or so I thought.

I did, though, have a little Olympus XA camera, which I used to make notes about my life. One day, in 1980 after I had made a few big, exquisite prints of the dead subject matter I’d been concentrating on, I slid a negative from the XA into my enlarger’s carrier. I made a small print of a stupid shot I’d taken of Cindy and Meredith in Mere’s kitchen. Done, I looked from my serious work to that funny, wrong, snapshot and was struck. Struck by the fact that the “serious” work I was doing just wasn’t me, then. That snapshot showed me my way.

I didn’t come from any school, I came up from the streets, that was what I knew, that was what felt right and comfortable, felt like life. And I knew then and there that if I wanted authenticity in my work, that was where I’d find it . . . from my life.

I destroyed all the prints and negatives I had been working on for two years and sold my large format landscape gear. I bought a Leica and began to shoot everything in my life. Shortly after that I found my footing and my politics began to emerge in the images I was making.

Seven in the morning, Cindy and I are at a gas station outside Hemet, California. We’re leaning on the hood of our rental car, eating breakfast burritos and drinking coffee. Across the parking lot, on the other side of a chainlink fence, a group of men has congregated, looking for work, waiting. 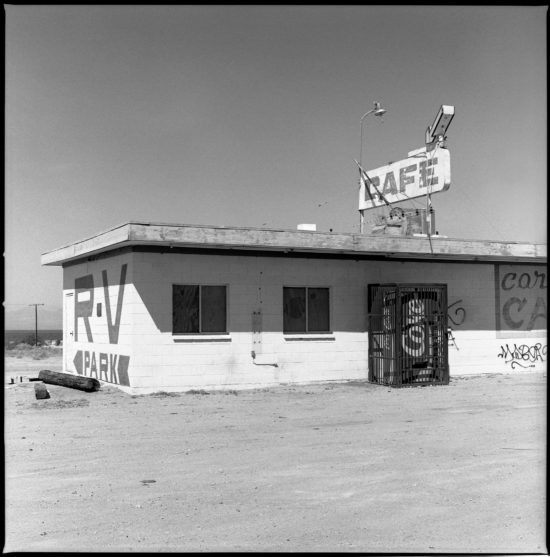 Some kind of commotion begins and one of the men from the group comes running over to us. He says, there’s something wrong with that guy, I think he’s dying.

Somewhere in the background I hear someone call an ambulance. People are gathering and doing what they can to help the dying man until the medics arrive. There’s nothing we can do, so we stand there, in the parking lot. 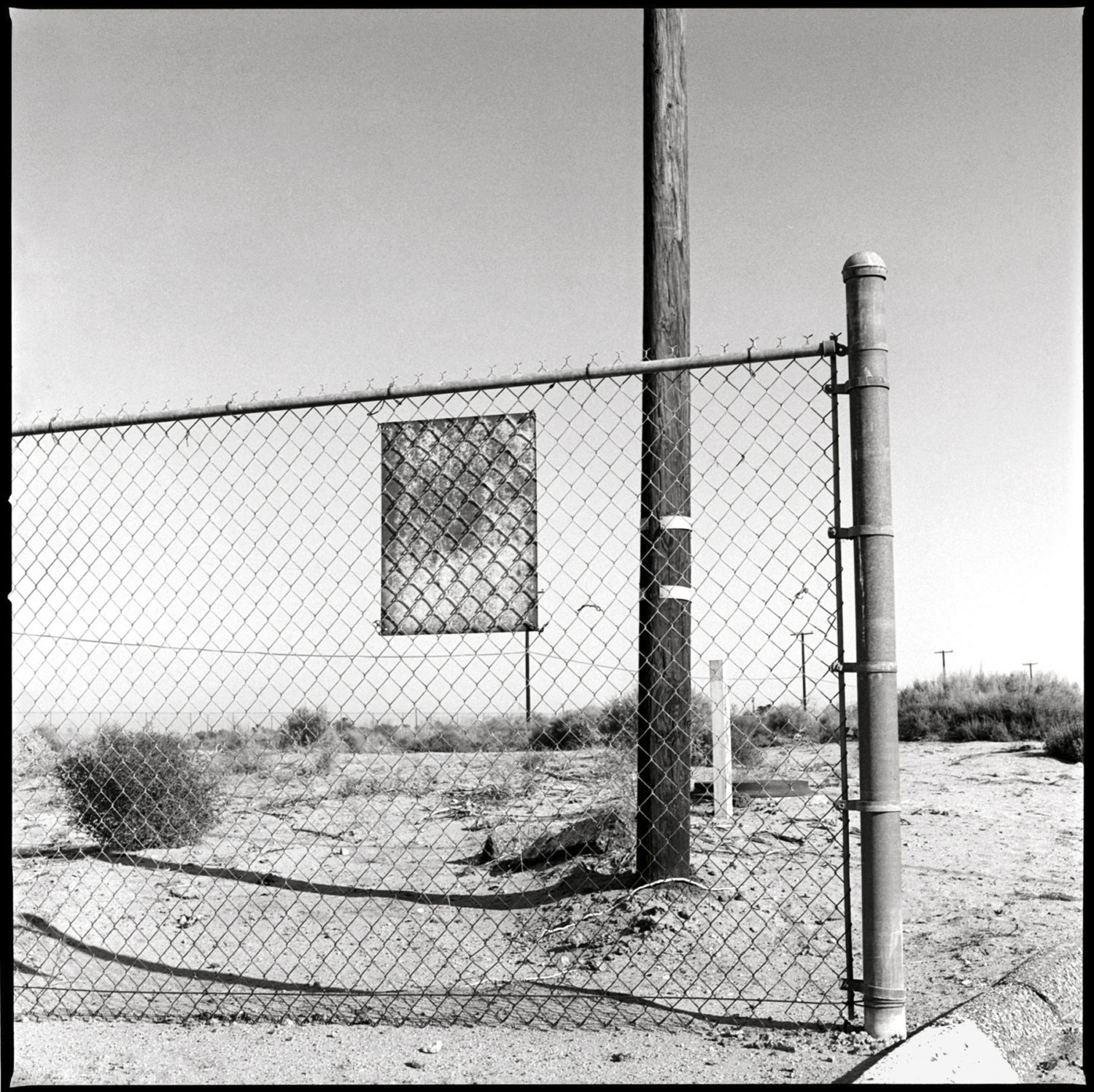 While we’re waiting, watching, the guy who has come over tells us, I’m Johnny Slaughter Junior. Junior. My father’s Johnny Slaughter. Senior. He was a soldier in Vietnam, my mom’s Vietnamese. I grew up in Vietnam with her, I never knew my dad. He wasn’t there. When I got older I came here to look for him. I found him but he told me he don’t want to know me. So here I am.

In the distance a train goes by, its whistle blowing. The medics arrive but the man is already dead.

Back in the olden days (that’d be circa two thousand and six) photoblogs were the coming thing. If you were a photographer and didn’t have a blog you were dead in the water or something, or so the thinking went. Many photographers started a blog and most of those blogs petered out after a couple of posts. My blog, drool, persisted, from the first post on August 11, 2006 to the last on September 14, 2014, when I called it quits.

These days Facebook, Instagram and other short-form social media platforms have pretty much supplanted long-form thinking in the FotoWorld™. But for some reason I’ve decided to resurrect drool, even though I’m not sure if I can keep it up (or, indeed, even get it up). 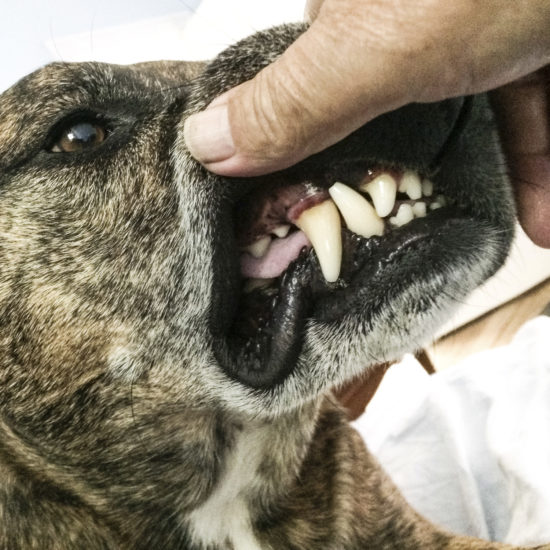 One of the main reasons I photograph is to learn about that which I’m photographing (the subject). I spend a lot of time (and emotion) on my personal projects and they are all aimed at subject matter that I’m both interested in and want to gain more understanding of. The point of doing it, for me, is discovery. (Well, that, and getting out of the house.)

Spending a lot of time on a project allows the subject to seep into me and colour my reactions. The pictures show me my reactions and, thus, I learn. That is not to say I don’t have my own aesthetic proclivities, my own opinions. I do. And those, too, seep into my work.

But the world is so multi-faceted that it just seems silly to approach any subject in a categorical way. When you merely execute a plan to arrive at a foregone conclusion you discover nothing.
_____________

Some people tell me I’m funny.

I never really got it (being funny) until I met Christina, my assistant. I’m pretty sure that she’s funny the way I’m funny . . . just the way she says stuff makes me laugh. Now I get it: funny.

I think I might be a lot less funny now. But I suppose that’s not really up to me to decide.

Anyway, it seems somehow fitting that Christina would also figure in this first post of resurrected drool. After all, besides my direct family, she’s probably the person I feel closest to. I hope I don’t sound too maudlin (see, I’m less funny) when I say she’s like the daughter I never had; and I swell up inside when she tells me I’m her number two dad.

Now where was I? Christina.

Straylight Press (my publishing company) published her first book, Back to me, a few years ago. Now she’s back in town (visiting from Cali, where she’s lived for a bunch of years) and we’re working on her second book, titled Born. About her first year as a mother.

Yes, more info/hype will be appearing here as the project progresses, but for now . . .

I’ve taken up gardening. Here are some of my poppies . . . 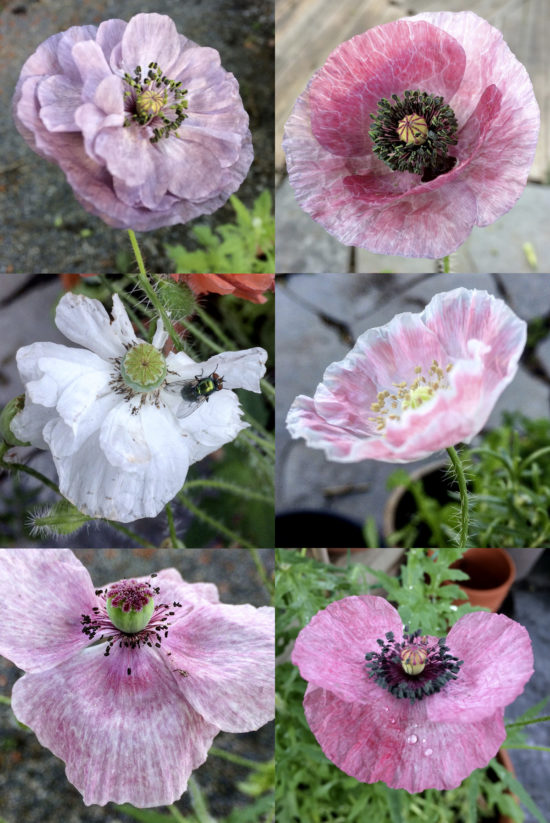